Hello everyone. I went to Spain in February this year. The places I visited are Barcelona, Alicante, and Granada. I talk about Barcelona in this post.

The first thing I felt about Spain was that the city was very beautiful and fashionable.
I felt a little strange because the taxi design was different from Japan, but it looked like a stylish cityscape.

I arrived in Spain at 11:30 PM.  I rented a car and went to the hotel.
I stayed at a suitable parking lot near the hotel and stayed overnight.

However, I encountered an incident the next morning. I met a robber.

I didn’t know where the parking lot was when I stopped the car.
When I was walking around looking for a parking lot, a man approached me.

Man “Soccer is famous in Spain. Ronaldinho puts his foot in this way.”

I broke up with the man. I started walking in search of a parking lot again.
Then the man came back to me,

That was my key case.
The man was taking a key case out of my pocket as if he was friendly.

After all, it seems that he came to me to decide that it was not worth stealing only the key case. then, he returned me key case.

Immediately after that. how many people came by me again.
In the same way, They spoke friendly to me that soccer is famous.

Then they tried to hold me down. I am an experienced boxer, I resisted a lot.
Several people were beaten by me.
However, from the back, the man ran away with my smartphone. The other men also left.

This is absolutely impossible in Japan.
I lived in a safe country, Japan, and was very alert.
But fortunately, I was lucky because only my smartphone was taken away.
The kind people I saw around took me to the police.

I met a disaster on the first day, but I decided to change my mind and enjoy the trip.

So the first place I visited was Gaudi’s building.
“Casa Milà” is an apartment house built by Gaudi.
The street name here is “Gracias street”. 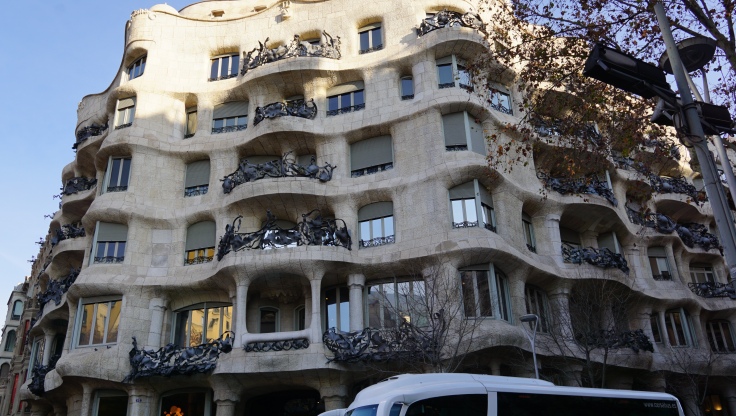 I love the word “Gracias”.
I was very interested in this Spanish language. And now I’m starting to study a bit.

After that, I went to “Park Guell”. 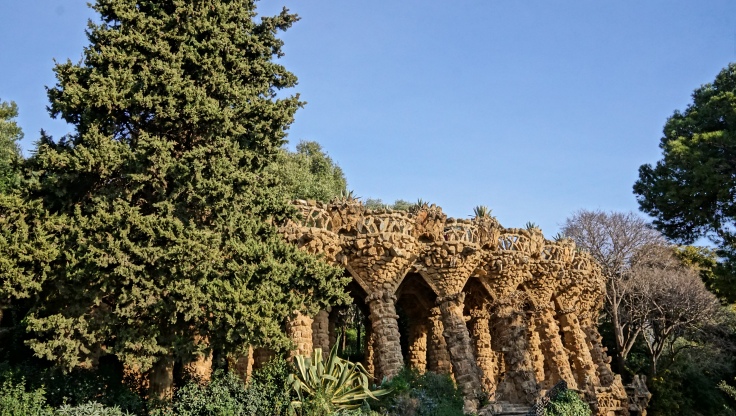 Gaudi’s architecture is art. There was also a big dead tree on the street, but this was left with Gaudi’s commitment. It was certainly placed as a dead tree with attachment.

And speaking of Barcelona, this is the building.

Sagrada Familia.
The moment I saw this, I was very impressed.  It ’s a wonderful word.

Of course, I went inside.

First is the entrance.
Here is a stone statue with a Japanese face. A Japanese named Etsuro Sotoo was in charge of the Sagrada Familia Chief Sculptor. And here is the image of a Japanese angel.  I was happy to know that there was a connection between Japan and Spain.

And inside was a large stained-glass hall. The photos are never processed.
The light is plugged in and reflects naturally.
Gaudi seems to have designed by calculating the light penetration. Really wonderful. 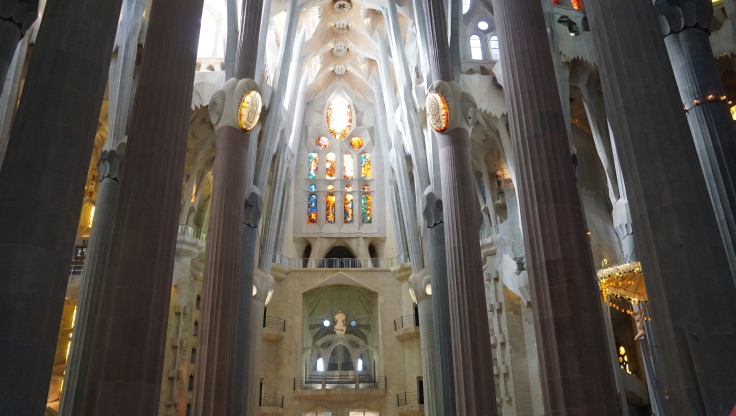 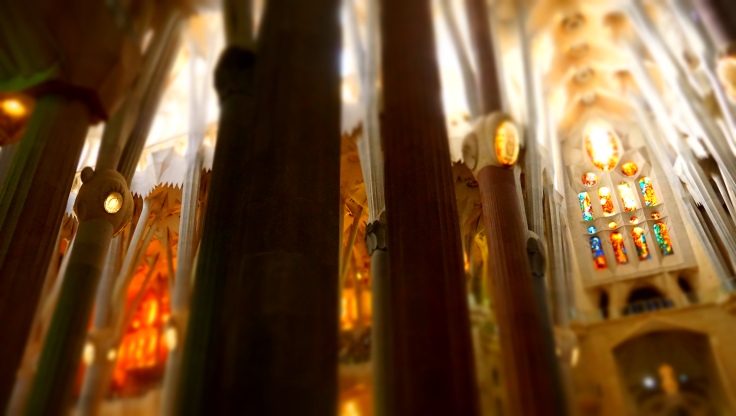 Finally, go up to the top floor of the Sagrada Familia. 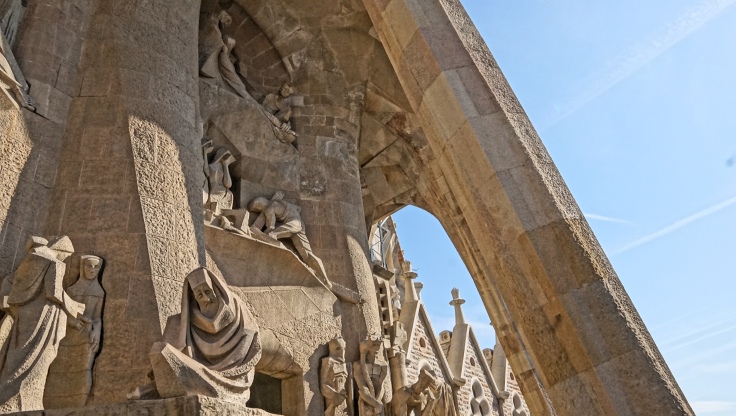 I visited another place in Barcelona. One of the famous teams in Spanish football,
The Camp Nou stadium, home to Barcelona.

And Old trophies and old spikes of players were on display. 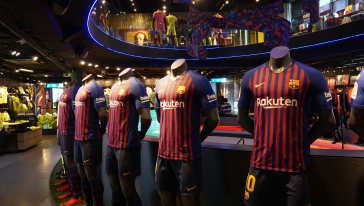 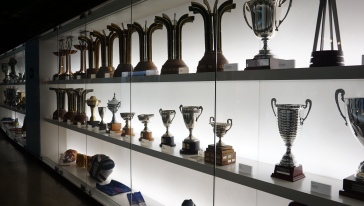 Actually, I’m a little old star and I love Rivaldo.
It is also a model of the character that appears in the famous Japanese manga “Captain Tsubasa”.

This comic is called “Oliver y Benji” in Spanish.

I was wondering if there was anything about Rivaldo, but there was in this stadium.

there was Rivaldo’s picture only one.

I also saw the ground.

“Rakuten”, a super-large internet shopping in Japan, was sponsored by Barcelona.

I’m proud as a Japanese.

And the stairs where players enter the ground.
I feel like I became a player when I walked here.

That’s all for sightseeing in Barcelona.

Finally, I ate real paella here. This is the chicken paella. 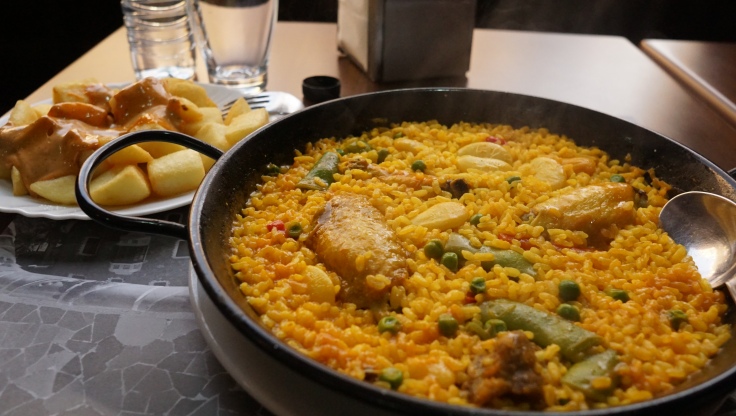 It was my first trip to Europe.
I heard that Spain was the safest country in Europe, but it was a disaster to meet a robber on the first day.
But I was very impressed that I was able to come to Spain.
And I was glad that there was a relationship between Japan and Spain for a long time.
Next I will write a trip to Alicante.